A Change of Plan

We have had to make a swift change of plan for this weekend. We were supposed to be heading to Saxilby for a bonfire party . However last night it became apparent that Sydney is really not happy about fireworks during the annual display at the marina. Despite being on the boat with us with the film turned up loud to try and mask the bangs he turned into a quivering wreck.

We all like it down there so it should provide us with a quiet evening in with yet another film and some good food. Not sure what food yet as we were going to eat out tonight so we will have to pick something up in Lincoln. 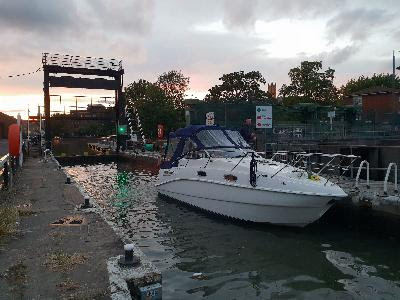