Will We or Wont We? 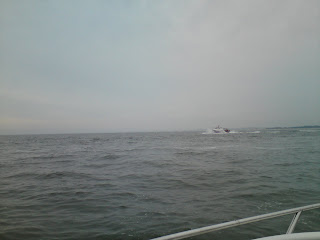 With the bank holiday weekend drawing ever closer the question on our lips is will we or wont we?

The intention for the weekend had been to head off on friday evening after work with the intention of making it to Bardney Village moorings where our trusty friends would be waiting for us after having reset the locks in our favour. The plan was then to reach Boston on saturday afternoon after a steady jaunt down the Witham and a stop off at the Packet Inn en route. The intention for Sunday had been to head off across the Wash and into Wells next the Sea for the evening before heading back on Monday and reaching our home mooring on Tuesday.

Well the weather isnt playing into our hands at all. The current forecast is for sunshine and showers which on its own wouldnt be too bad. However the wave forecasts are for 1.5m waves at 5 second intervals on Sunday and 3.5-4.0m waves at 5 second intervals on Monday, with the forecasts worsening by the hour. This has put a bit of a dampener on our plans as with the best will in the world none of the boats or crews can cope with the conditions expected on Monday.

We still have a few options avaliable though. We can head out on Sunday and play around in the Wash then head back into Boston on either a 4 hour or 8 hour tide.

We shall see. So will we or wont we?
Posted by Naughty-Cal at 14:36 No comments: 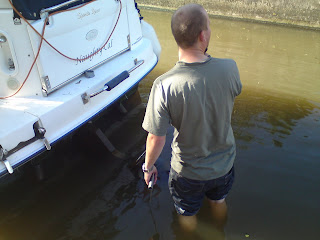 Whilst away in York, the engine hours turned 500, signifying time for a major service.

Now the OH has done the rest of the service parts but had never tackled the belts. Four of them intertwined for added difficulty in changing. As it happens the service went smoothly and was completed in 3 hours. Not too bad.

Now we turned our attention to the props. These had been on since we relaunched the boat in February, so for us having completed 200 hours they were doing well. They were not however perfect so with next weekends jaunt to Wells on the cards we decided to change them for our spare refurbed set. This we can normally do from our home berth whilst the boat is afloat but this time we ran into a spot of bother. The prop nut in the rear cone had tightened up to silly proportions. No amount of tugging onit would make the bugger come free.

So we took the desicion to beach her in the slipway. We moored her on the slipway mooring then lifted the drive and firmy dragged her back as far as we could.The OH then took a quick paddle and with some more force on the nut managed to free the props. The ducks were a great help as were the fish that kept coming to take a look at what we were doing. Beaching her gave us a good oppurtunity to scrub the outdrive and trim tabs and rams though. The props once removed were not as bad as expected. The 4 blade prop being nigh on perfect and the 3 bladed prop having the ends bent over in a similar fashion on all 3 blades hence the lack of vibrations.

Once sorted out the only thing left to do was take her for a test run. In the end we only made it to Saxilby for lunch before turning around and meeting Steve and Chris in the Pyewipe Inn for teh second time in two days!!
Posted by Naughty-Cal at 08:36 No comments: 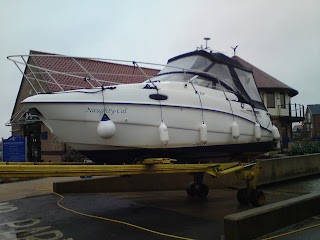 Whilst we were away in York last week the engine hour counter reached 500 hours, time for another service. The oil and filter change interval on Naughty-Cal is every 100 hours which we aim to achieve where ever possible. This time however is a major service with all four belts to be changed (yes that is four, there is the alternator, power steering, water pump and supercharger belts),both fuel filters, air filter, crank case filter, supercharger oil as well as checking the tappet clearances.

So guess what we will be doing this weekend. Still it needs doing and if we don’t do it this weekend it will not get done for a while. We are away next weekend (bank holiday weekend) for a play out in the Wash. Can’t wait to get on the salty stuff again.
Posted by Naughty-Cal at 09:57 No comments:

To York and Back 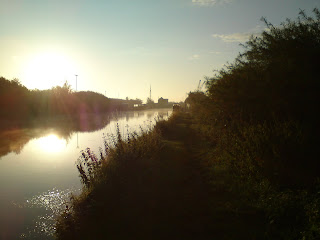 Sunday was a day for cleaning and surveying the damage done. Suprisingly we only find one minor scuff hidden amongst the grime and dirt. So another successful trip completed now we can look forward to our play on the Wash over bank holiday weekend.
Posted by Naughty-Cal at 13:04 No comments: 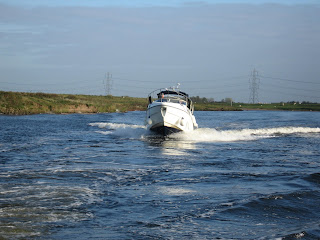 Well guys you can expect a quiet week next week. We are ready and raring to go. The boat is full of fuel, water, and beer. Just a few fresh food items to buy tomorrow, then figure out where to stash it all and then we are ready for the off.

Friday evening can’t come quick enough. The OH has to work tomorrow which gives me a day of leisure, or so I think. Chances are I will be going to the boat to refit the bedding, stash all of the food away, do all of the final checks and ensure Cal is ready to go as soon as we arrive at Burton Waters on Friday evening. First stop Torksey Lock and the Black Swan no doubt.

If I get the chance over the coming week and a bit I will pop in and give a progress report, but I wouldn’t hold my breath if I was you.
Posted by Naughty-Cal at 12:26 No comments:

The Trouble With Making Plans 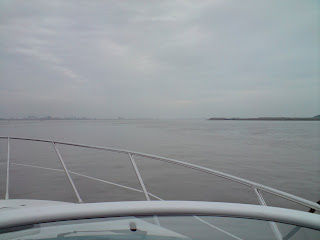 A very good friend of ours has the saying “never make a plan because some fucker always comes and spoils it”. Well for many weeks now we have had a plan and guess what. It’s been spoiled.

There are two different ways of approaching York from our moorings in Lincoln. The easiest route is to go all the way along the Trent to where it joins the Ouse and becomes the Humber and then to continue up the Ouse to York. Now this route is by far the quickest but is not for the faint of heart.

The alternative route is to go down the Trent as far as Keadby and to then continue along the SSYN, go along the New Cut, onto the Aire & Calder and finally onto the Selby canal where the canal once again meets the river Ouse. It is then a quick 2 hour jaunt up river to Naburn lock and then on into York. Now this route adds a good 2 days onto the time taken to complete the journey.

The plan for many months had been to go via Trent Falls and come back through the canal system, however our friends boat has been playing up and now one engine is dead. This may sound bad but each engine is over 200hp each so she will still be able to power around the Falls, but her owners want to go the canal route. This will only give us a day in York before we have to head back for Selby. We need to work on them and get them to go around Trent Falls, otherwise the journey will be a waste of time.
Posted by Naughty-Cal at 10:10 No comments:

Ready and Raring to go 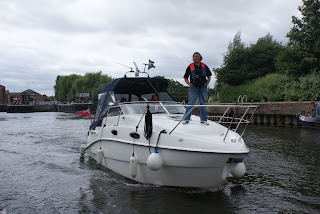 Well the boat is as ready as she will ever be for her next big adventure. She is fully prepped and cleaned, full of diesel, full of water and mainly stocked with food stuffs. Just a few fresh items to buy on Friday before the off.

The plan, has yet again changed. We are now travelling in convoy with our friends who had originally planned the outing. Their boat is playing up and only has one engine running but they are still game for the trip. This does however mean we will be going the long way to York, through the canal system. Never mind though it will be fun, we have no doubt about that.

So be warned as of next week we will be on the loose!!